CCP has just announced big changes to the way the CSM elections work. The CSM elections will now use the Single Transferrable Vote system, and EVE players will be able to vote for more than one candidate. If their preferred candidate can't get elected or doesn't need all of their voting power, all or part of it will transfer to other candidates on their ballot.

In the last CSM election, almost 25% of the votes went to candidates who didn't get elected. This time around, that percentage will be much lower. If you vote in the election, and vote for more than one candidate, you can be pretty sure your vote will help elect someone you like -- and you can vote for up to 14 candidates.

No more excuses like "The guy I like can't get elected". Now he, or someone else you like, has a much better chance. So go and make your voice heard - and encourage others to do the same.

Oh, and if you've thought about running for CSM but decided not to because "I can't get enough votes" or "I might just siphon off votes and cost another guy like me a seat", now you have to think about it again.

And finally, if your excuse was "No way I can get into the top seven and get to go to a summit", that's been fixed too. If you get on the CSM and work hard, you will be on a plane to Iceland at some point during your term.

It's going to be fun watching how all of this unfolds. I hope you'll take the time to get involved... as an informed voter... and maybe, as a candidate.

Posted by MadOverlord at 3:17 PM No comments:

Once more unto the breach, dear pods, once more!

After much consideration, I've decided to run for CSM8. You can read more about my platform on my campaign page and EVE-O forum thread.

I expect the CSM8 election campaign to the most intense yet -- should be a lot of fun, for certain values of fun. 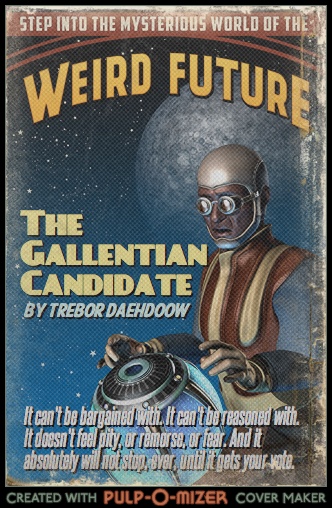 Posted by MadOverlord at 8:12 PM 4 comments:

They have a cunning plan!


On Thursday, CSM was briefed on the results of CCP's planning process.

The plan is significantly more ambitious than what we've seen in the last few expansions. While I can't go into any specific details, I think it's fair to say that the new planning process has worked well, and that CSM input was taken into account.

CSM will of course be pushing for CCP to produce some significant devblogs sooner rather than later, and CCP will be making a major announcement at PAX East (March 22-24). Stay tuned!
Posted by MadOverlord at 5:16 PM 10 comments: