The Peace Talks - Day One

The first day of the great Incarna Peace Talks is over. I will not attempt to go into incredibly great detail in this posting; I just want to give a broad overview and offer some impressions. To be honest, I'm exhausted and only have a few minutes before dinner.

I want to start by saying that everyone at CCP, and in particular CCP Zulu, was very open and frank about their opinions, and provided any information CSM requested. This was very useful.

In the morning, we discussed issues regarding the rollout of Incarna and the Captain's Quarters. Just about everything people have been bitching about and then some was discussed in detail -- melting video cards, multiboxing, lighting, the death of ship spinning, just to name a few.

CCP started this meeting by saying something incredibly smart. It gave me hope that the entire summit would be a success, but you will have to wait to find out what it was. Suffer, bitches.

Then, after lunch, we spent over 3 hours discussing the Noble Exchange rollout and virtual goods pricing. This was a very passionate session, to say the least.

CSM got a complete rundown on the overall CCP vanity goods strategy, and it became obvious how a series of mistakes and communications breakdowns -- both internal at CCP, to CSM, and in their messaging to you (and lack thereof) -- resulted in the NEX rollout debacle.

There should be a devblog coming out in the very near future that explains CCP's strategy, puts things into context, and hopefully starts healing this self-inflicted wound. Anyone can shoot themselves in the foot, or the ass, but in this case CCP managed to do both with one shot, which takes real skill.

The day ended with some work-in-progress demos of the other CQs and an establishment. Some nice work, and the Gallente CQ is the best CQ IMHO.

Tomorrow, we will tackle the big question: Does CCP have plans to release game-affecting virtual goods (aka "gold ammo")?

Suggestion of the day: adding a "Just Say NO to Virtual Goods" t-shirt to the Noble Exchange, priced higher than a monocle. Is CCP fearless enough to do it?
Posted by MadOverlord at 2:31 PM 31 comments:

The Six Stages of CSMing

Given the drama of recent days, and the work yet to be done in the days to follow, it is not surprising that many players have asked me what it's like to be on CSM.

To help explain this, I have created a CSM logo... 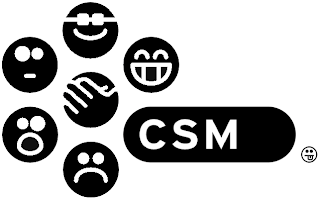 This illustrates six of the emotions you will experience if you get elected to the CSM.

Now this is all in good fun, of course, but there is a serious point that I'd like to make. A lot of us get really upset when we see CCP do something that seems really, really dumb. But as a CSM, you get to meet and interact with CCP people on an extended basis, and none of them are stupid. So why do smart people seem to do dumb things?

To answer this, I turn to the great philosopher Donald Rumsfeld, who famously said:

When CCP is dealing with a problem that only concerns known-knowns, they do a pretty good job. And more and more frequently, when they know there are known-unknowns, they ask for CSM input, because the fact that we have a different perspective from them (and thus might know a known-unknown) is a known-known.

But when they run into an unknown-unknown, that's when it all goes to hell. Because in that case, why bother asking for an outside opinion?

If there is one lesson I hope CCP learns from recent events, it is this:

"You are in the greatest danger of making a mistake when you are absolutely sure you are correct. Doubt and uncertainty are your friends."

For in EVE, there are always unknown-unknowns. It's by design...
Posted by MadOverlord at 8:23 PM 4 comments:

The defining question that is behind the riots that are going on both on the forums and in the game is a simple one:

We thought we knew the answer to this question, based on CSM's meetings with CCP in October and December, and CCP Zulu's November devblog:

"The scope will be (and there‘s no design has been done around this, we‘re just talking strategy now) that anything that doesn‘t affect gameplay directly can be, potentially, sold for PLEX or other means."

And yet now, we are barraged with evidence that this is no longer the case: the Ishukone Scorpion trial balloon, the leaks of CCP's internal magazine, "Fearless", and Hilmar's Global Email, and perhaps most damningly, the fact that CCP Zulu's most recent devblog totally avoided this key issue, despite feedback from the CSM that it had to be addressed. This last devblog was particularly worrying to me, because it didn't "sound" like Zulu at all, it sounded like someone was holding a gun to his head and making him recite a message.

All of this points to the fact that golden ammo is no longer off-limits, and EVE players are rightfully concerned. For gold ammo, while appropriate for a casual game with a pump-and-dump subscriber strategy, strikes at the core of the deep social cohesion that makes EVE so special -- we don't play EVE because of its game mechanics and UI, we play EVE despite these things. We play EVE because it's the only game out there that fosters such deep, long-term social connections, and we play for years, not months.

So forget about the botched NEX store pricing -- that can be fixed.

And forget about eventually being forced to keep the Captain's Quarters -- that's a long-term issue that can be addressed.

The defining question that CCP must ask itself is a simple one: "Are you willing to bet your company on gold ammo?"

And whatever the answer is, they need to communicate it to us quickly, unambiguously, and dramatically.

I woke up this morning to find the forums even more afire with rage about Incarna, the "Fearless" newsletter, and the Virtual Goods store. I could tell in a few minutes that I wasn't going to get anything else done today.

"I would, if I thought it would help."

So, I've spent most of the last 12 hours answering player questions, trying to give CCP good feedback on the issues, trying to get them to see how bad things have gotten. My fellow CSMs were doing the same.

Late in the day, we were presented with a draft devblog, and asked to comment on it. With the exception of the removal of a rather unfortunate analogy, that draft was essentially identical to what was just published.

None of CSM's concerns -- the ones the players were asking about -- were addressed; in particular:

* Will non-vanity virtual goods be introduced?

* Will the CQ remain optional, or will it eventually be forced on the players?

To say that CSM is disappointed by the contents of this devblog would be an understatement. Incredulous is more like it.

Based on the devblog, and my impressions from the conversations I have had in recent days, it is my opinion that CCP has decided upon a strategy with respect to virtual goods and Incarna, and that they are going to fearlessly implement it regardless of feedback from CSM or the players.

Our words, and yours, appear worthless. Only our actions may have weight.
Posted by MadOverlord at 6:11 PM 9 comments:

Incarna - Show Me The Metrics!

Well, Incarna has arrived, and all is not well in New Eden. Apart from the usual patch issues, some of them infuriating (my current favorite: the preferences folder location on the Mac was changed without notice and hard-coded, so running multiple clients is messed up -- and this was not fixed despite being reported weeks ago!), we have all the :rage: about Incarna and the new Noble Exchange.

While I believe that in the long run, Incarna will be a positive addition to EVE, it's gotten off to a very rocky start. The Captain's Quarters are a resource hog, the character quality doesn't even come close to what you see in the character portraits, and it doesn't add any gameplay. The net result is that a lot of people have been turning it off -- in particular, people running multiple clients (which I would be doing if it wasn't for the fact that I use the Mac client!). And note: the ability to disable the CQ is temporary -- as soon as performance is deemed adequate, it is likely that usage will be enforced.

One positive change that hasn't been getting a lot of attention: the NPE is significantly improved. I'm pleased about this since the CSM (and me in particular) have been pointing out that improving noob retention is a huge win. CSM got a big report on these improvements at the summit, and this will be detailed in the upcoming minutes (current status: 3rd draft, probably out by end of month). 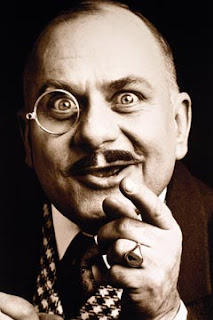 The other big controversy is :monocle-gate: -- the insanely high prices for the few items introduced in the new Noble Exchange MT store. While I'm pleased that CCP has made clothing being worn indestructible (I argued at the summit that this would increase uptake, since it's a pain to constantly have to take off your monocle when undocking, lest you be podded and lose it), CCP seems to think that this makes these items more valuable than their real-life counterparts. Umm, no. I certainly think you can charge more for an indestructible vanity item than for one that can be blown up, but $70 for a monocle?

Needless to say, CSM was not consulted on the issue of monocle pricing.

Looking at the business consequences of Incarna, it will be interesting to see if CCP is fearless enough to go looking at metrics that might disconfirm their impression that Incarna is as wonderful as two blondes on a waterbed (I do not want to even speculate on the Aurum price of such a micro-transaction).

Two that I think will be very interesting are:

* What percentage of people who have logged in and experienced the CQ have turned it off?

* Has the introduction of the Noble Exchange increased sales of Game Time Cards, both on an overall basis, and in terms of GTCs bought per active character? Because if it hasn't, then it doesn't matter how many monocles you're selling, it's just moving the money from one pocket to another.

CSM has asked CCP to gather these metrics and tell us what they are. Whether or not they do so is, of course, a very compelling metric in its own right.
Posted by MadOverlord at 4:01 PM 8 comments: